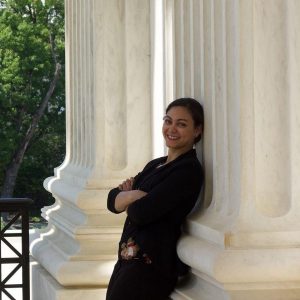 Moderator: Rachel Thomas is an active duty Foreign Area Officer in the U.S. Navy, detailed to State as the Senior Military Advisor on Women, Peace, and Security (WPS). She works to enhance Department of Defense (DoD) and State cooperation and collaboration on policies focused on the advancement of WPS, and further civilian-military partnerships within bilateral and multilateral spheres. She advises on opportunities between DoD and State as well as other partner militaries on gender training and gender-related engagements. She also contributes to policy and programmatic development based on the connection between the security of women and girls and national security. Prior to her detail at State, she worked on improving relationships between partner militaries within the Indo-Asia-Pacific region, specifically on areas of military exercises. A native of Ann Arbor, Michigan, Rachel holds a BS in history and a minor in Japanese from the U.S. Naval Academy, as well as a MA in International Relations from Salve Regina University. 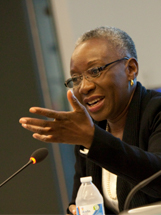 Sandra Pepera is a career diplomat and international development professional. Before joining NDI as Director for Gender, Women and Democracy in 2014, she spent thirteen years as a senior officer at the UK’s Department for International Development (DFID), including leading programs in the Caribbean, Rwanda-Burundi and Sudan. Prior to joining DFID, Sandra spent time in British domestic politics; lecturing in political science and international relations at the University of Ghana; and as a political analyst in the Political Affairs Division at the Commonwealth Secretariat. She has a portfolio of skills and experience which include strategy development, political and risk analysis, diplomacy, general management and corporate governance. 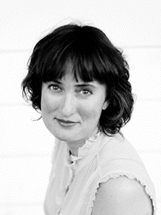 Dr. Gabrielle Bardall is a Research Associate with the Center for International Policy Studies at the University of Ottawa and an independent consultant. Over the past 15 years, Gabrielle has worked in over 50 countries worldwide for a variety of UN agencies and international organizations, including UN Women, IFES, ECES and UNDP. An advocate for women’s rights in democracy, she focuses on gender and political empowerment in post-conflict and authoritarian states. Gabrielle has written extensively on topics relating to gender and elections, including co-authoring UNDP-UNW's guide: "Inclusive Electoral Processes: A Guide for Electoral Management Bodies on Promoting Gender Equality and Women's Participation". Gabrielle holds degrees from McGill University, Sciences-Po Paris and l’Université de Montreal. She received multiple awards for her work in the area of violence against women in politics.