On December 10, 2019 the Secretary’s Office of Global Women’s Issues (S/GWI) and U.S. Speakers held a global interactive program in recognition of the 16 Days of Activism Against Gender-Based Violence. The hour long discussion featured speakers Patrisha McLean, founder of Finding Our Voices and Christa Carlton, a licensed independent clinical social worker in the Washington, D.C. metro area. U.S. Embassy Ankara and a dozen viewing groups also participated in the program. 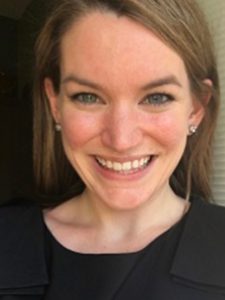 Prior to joining the Department of State, she served as a Strategic Communications Analyst for the Department of Defense, advising on the use of messaging to prevent and mitigate violent conflict and encourage community reconciliation.  She also worked as a social development consultant for the Inter-American Development Bank’s Gender and Diversity Division in Bogota, Colombia, managing efforts to combat gender-based violence and foster post-conflict opportunities for women.  Stephanie holds a MA from The Johns Hopkins University School of Advanced International Studies and BA from the University of Notre Dame.  She is originally from Buffalo, New York. 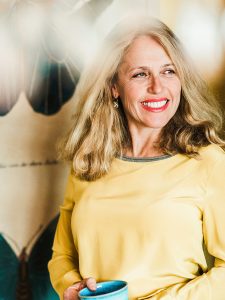 Patrisha McLean is the founder of Finding Our Voices: Breaking the Silence of Domestic Abuse, a project that includes a touring exhibit of portraits and audio of 20 survivors. The exhibit is now at the Holocaust and Human Rights Center of Maine. As a photojournalist Patrisha  previously helped to break the stereotype and end the stigma of homelessness and drug addiction. Her current project draws from her own experience surviving 29 years of emotional and physical  abuse at the hands of her ex-husband, a famous American musician. She writes a column for the Free Press in Maine that explores social justice issues through the women she encounters on her worldwide travels.

Christa Carlton is a licensed independent clinical social worker in Washington D.C. and Virginia with more than a decade of experience serving vulnerable populations impacted by trauma. Previously, she served as the director of domestic and sexual violence programs for Doorways for Women and Families in Arlington, VA., a not-for-profit organization supporting survivors of domestic violence, sexual violence, stalking, and homelessness. She also served on Arlington County’s Project PEACE (Partnering to End Abuse in the Community for Everyone), the coordinated community response against domestic and sexual violence.